Well back from the 8th Military Snipers World Championships…Knackered!
4 very hard and challenging days shooting in the Czech Republic.
It was a mixture of precision shooting at long range and fast shooting at close range.
Days varied from a 7 hour stalk in gillie suits followed immediately by 100 – 600 metre targets mainly steels shooting from various positions, prone, kneeling, sitting, off tables, walls, grass, sand and buildings.
Long shots of 700 metres on small gongs off high towers.
Shooting from 110 metres trying to cut a piece of wire with one shot.
You were occasionally told distances, but you had to laser most targets, nearly all targets were limited to 1 shot, if you missed no points.
You were under pressure the whole time, having to load, find targets, range, aim, shoot maybe 4 targets at different ranges within 1 – 1.5 minutes.
You used your own weapon as well as pistols and machine pistols.
You had to carry all your gear with you at all times if you dropped anything or left cases you lost points for that stage. Running between areas being told what the stage is while getting into position.
Sand was a nightmare, getting into everything, on one stage I lost 20 points by not been able to engage my last 2 targets as a guy with a .338 fired as I opened my bolt to reload and blasted a cup full of sand into by breech with his muzzle break!
The last stage was being woken up at 0430 with flash bangs, you had 5 minutes to get dressed grab your rifle and pack and get outside, where you immediately went to the range we were camped next to, then you had to get into the kneeling position for 30 minutes not moving, setup on a small fire bird target at 100 metres, if you moved you lost points, then change position to sitting, were you had to stay motionless for 3, yes 3 hours! Bonus points for not moving; it started off in the dark at 3 degrees Celsius and warmed up to 10 when the sun came up.
My back was killing me, lost all feeling in my hands and feet.
They were throwing flash bangs all the time which spooked a few people into firing early.
After 4 hours myself and my team mate David Shone were told to fire, you had 2 rounds to hit the target, first shot in 3 secs for 20 points, if you missed, 5 seconds for the second shot which only earnt 10 points, miss 0, some had sat there for 4 hours and missed, so all that for nothing. We both hit with our first.
You then had to get up (which was agony!) and grab all your gear, get to an armoured personal carrier jump in the back within 2 minutes, get driven over bumpy hills, jump out and you had 2 minutes to find and engage 4 targets hidden within the scrub and an old car at unknown distances, then run 40 metres to engage another 2 man sized targets hidden in the scrub, prone from under a very low wall.
All in all a very challenging 4 days, I was the oldest competitor there at nearly 60! Most of the military were between 18 and 30.
There were 36 teams of two, 72 shooters.
There was no British Military representation, so David and I represented England.
We came 6th overall in the teams; I came equal 10th in the individual rankings out of 72 shooters David 12th.
We were the highest placed foreign team, with the Czechs taking the top 5 team positions.
Overall very pleased…but can barely walk and I have sand everywhere!
I have a few photos but will have the official photos and video sent to me soon, if allowed I will post some more pictures. 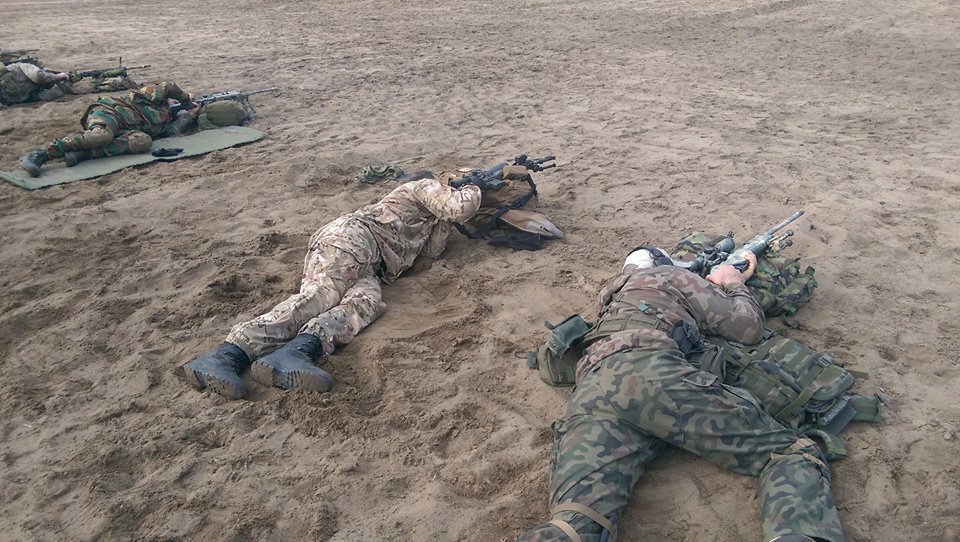 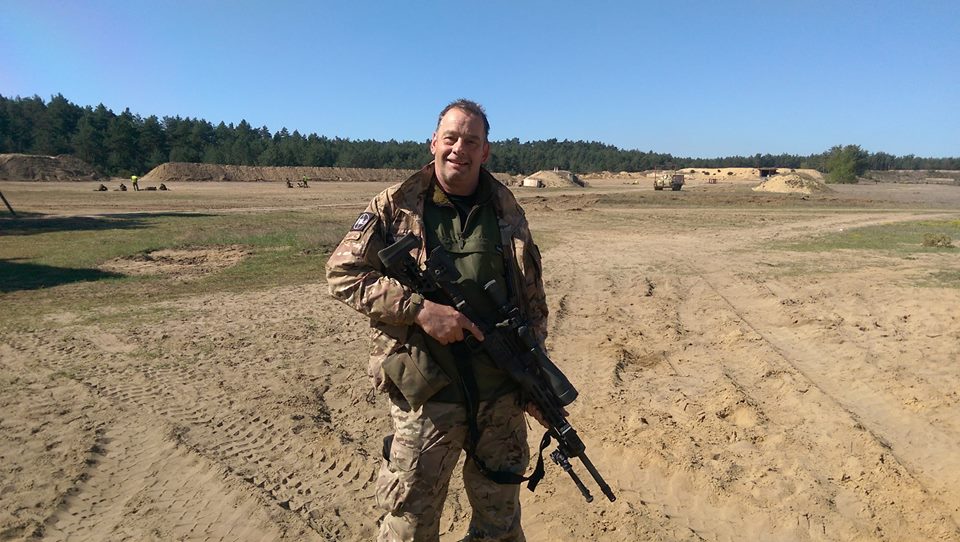 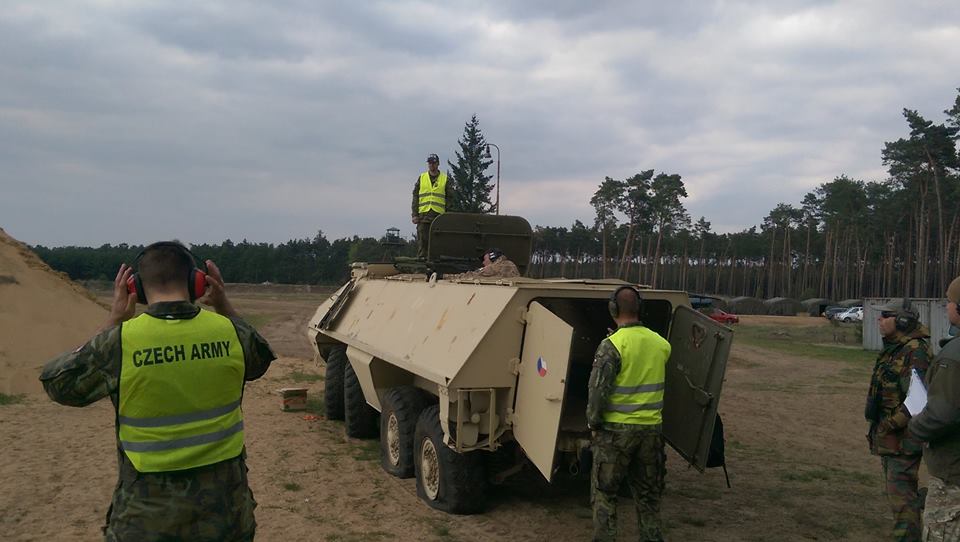 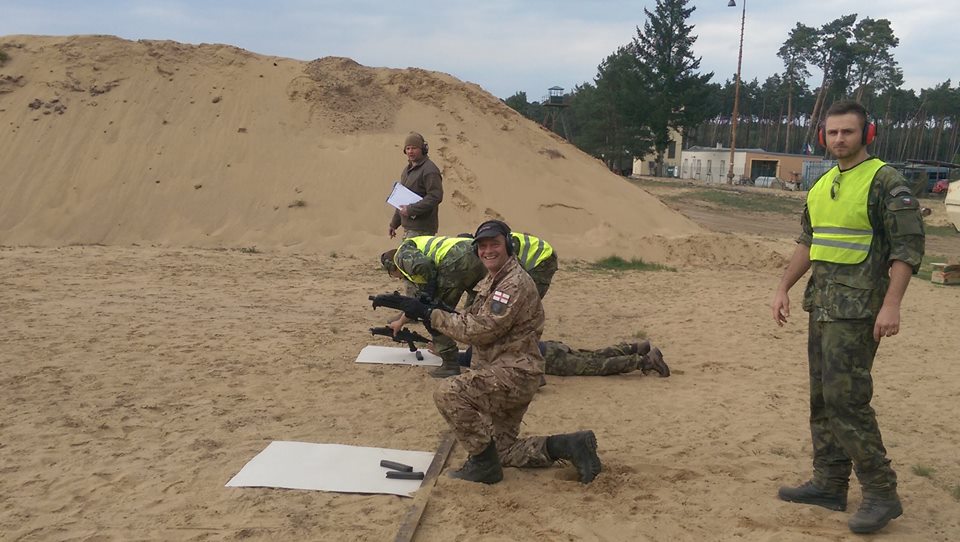 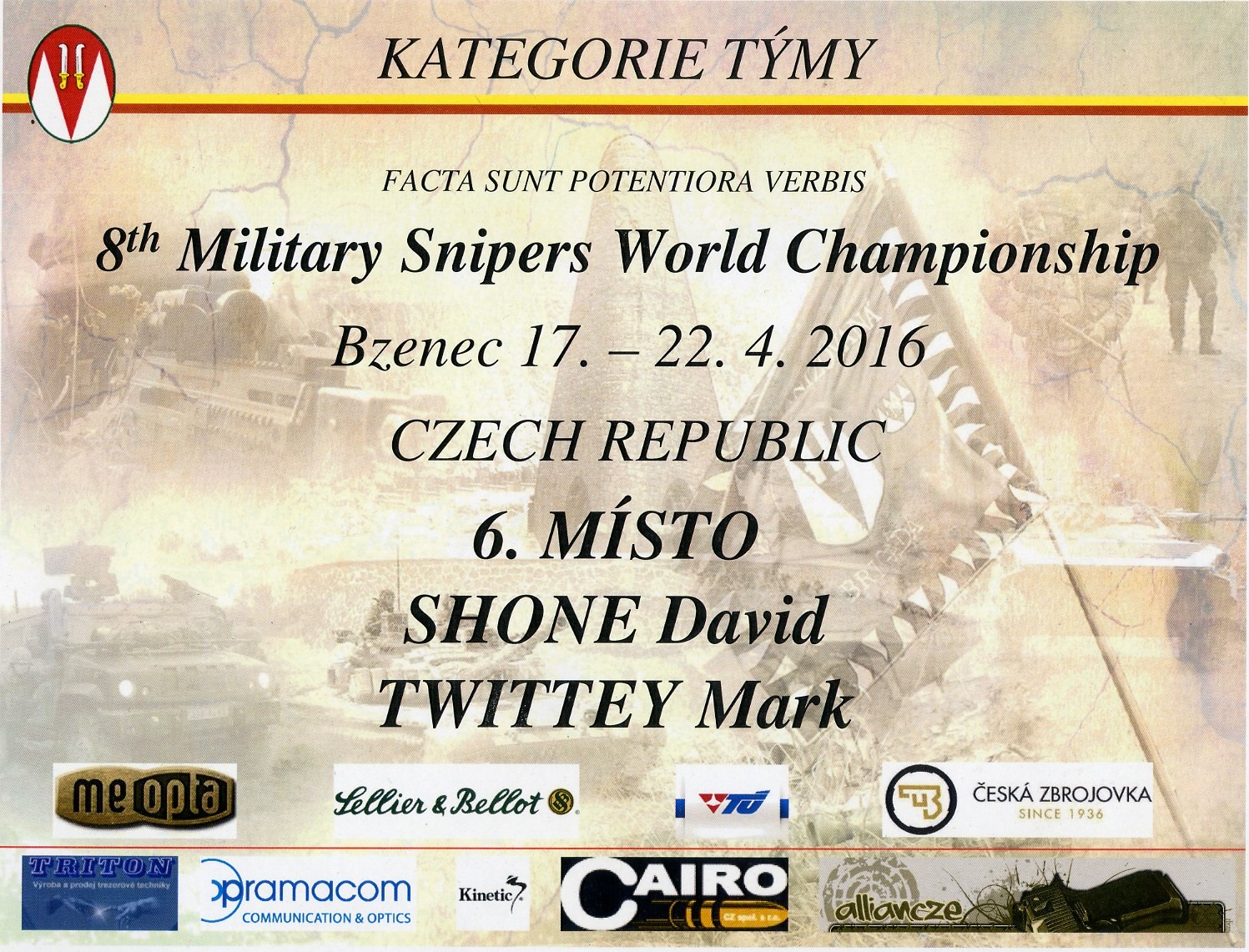